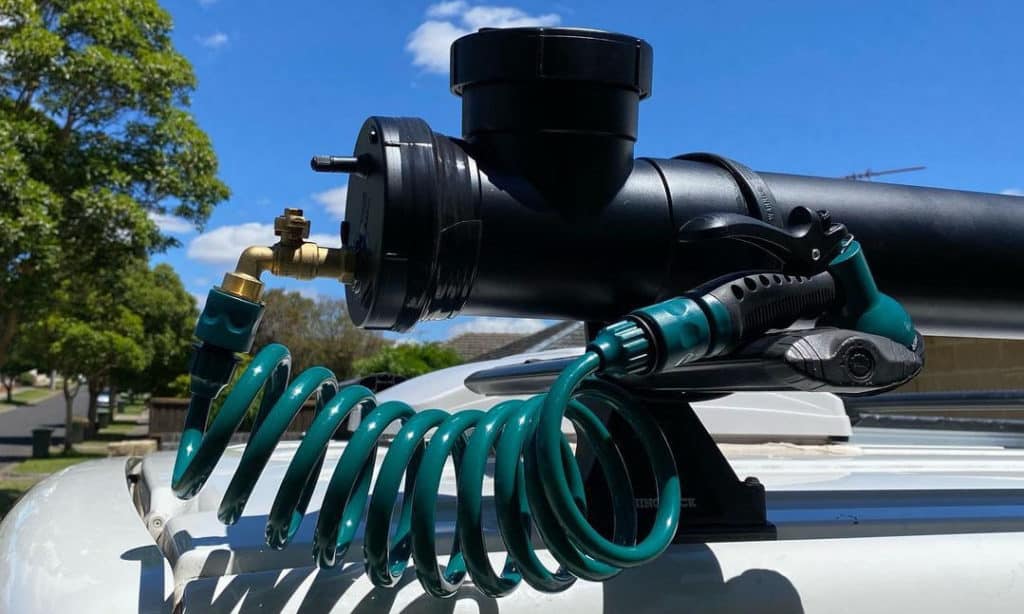 There’s nothing as refreshing as taking a hot shower in the bush. You get to catch rare glimpses of wildlife up-close while having an incredibly soothing burst.

If you’re planning to go camping in the remotest campgrounds this weekend, a solar shower will come in handy.

Today, you’ll learn everything there is to know about solar shower systems. So buckle up, and let’s get right into it.

What Is a Solar Shower?

A solar shower is a lightweight and portable gear that heats water by the sun so that you can take a warm shower in the outdoors. This little piece of equipment is great for when you’re camping or when you want to wash off after a fun-filled day at the beach.

Unlike a traditional home shower, a solar-powered shower doesn’t depend on electricity or gas to heat the water. Heating your water this way enables you to save big on electricity costs.

To save even bigger, install an advanced solar power shower in your home to use during warm summer months. You’ll save money from the first day you start using it. 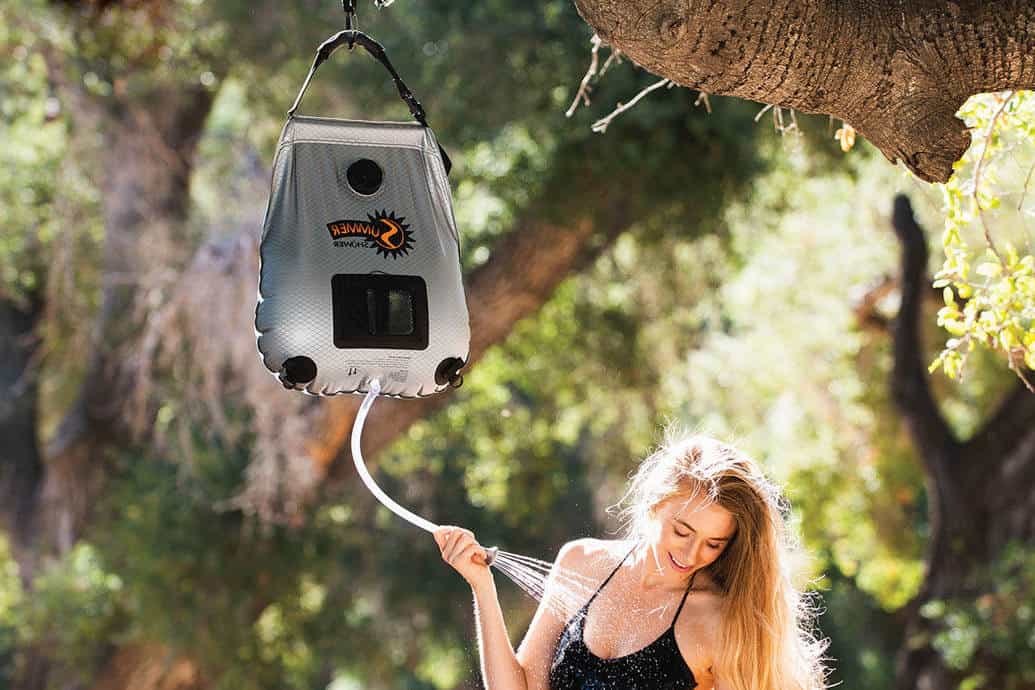 How Does a Solar Shower Work?

A typical solar shower consists of an insulated cistern or water reservoir, a hose, and a showerhead. The cistern is responsible for holding and heating water.

The inside of the cistern is coated in black paint to absorb maximum heat from the sunlight. When the sun’s rays touch the water in the cistern, the black linings absorb as much heat as possible.

In the summer, a solar shower can heat water to well over 100˚Fahrenehit. If you’re pumping in water from an external source, the great idea is to cover the top with glass to focus the sun’s rays. This makes the water even hotter.

The solar shower’s hose drains water from the reservoir while the showerhead scatters the water to create a shower. The hose is made of rubber to enhance flexibility and durability. Also, it can measure anywhere between 6 inches and 2 feet in length depending on your needs.

The solar shower’s shower head is typically made of plastic and looks like a garden spray head. Showerheads vary widely in design. Some come with just one standard stream, others are adjustable, and some are equipped with an on/off valve.

What Are the Types of Solar Showers?

There are three major types of solar showers commonly used today. Let’s see each of the below; 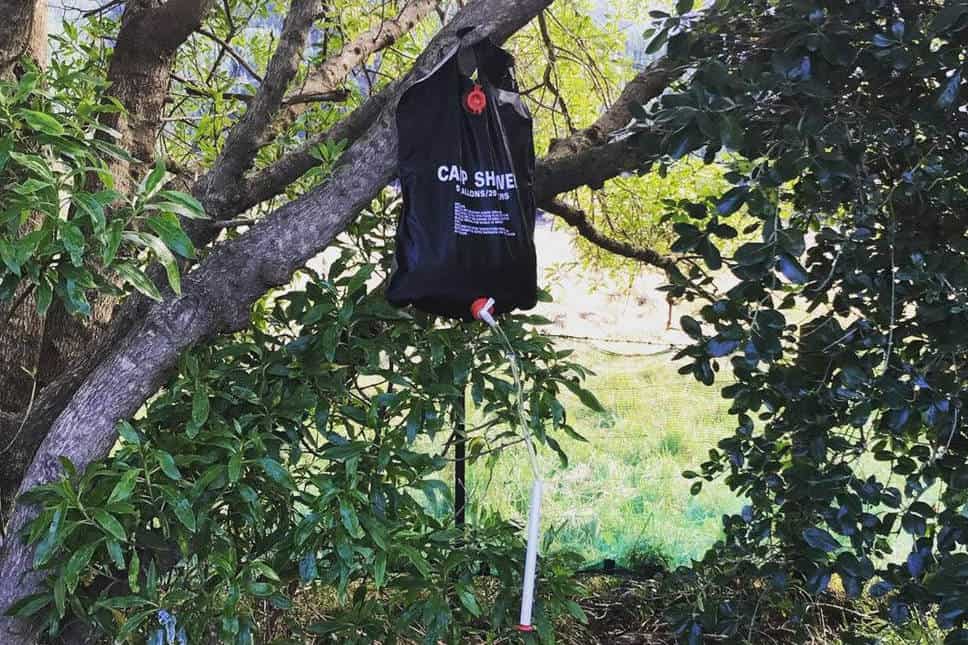 Gravity-fed portable solar showers use gravitational power to deliver the shower experience. Here, you fill the bag with water and hang it above your head on a tree or pole. The gravitational force will drive the water down the hose and through the showerhead at the bottom of the bag.

Be sure to hang the bag high enough so that the tube or hose can be as straight as possible. Usually, the water pressure will decrease as the water level in the bag decreases. 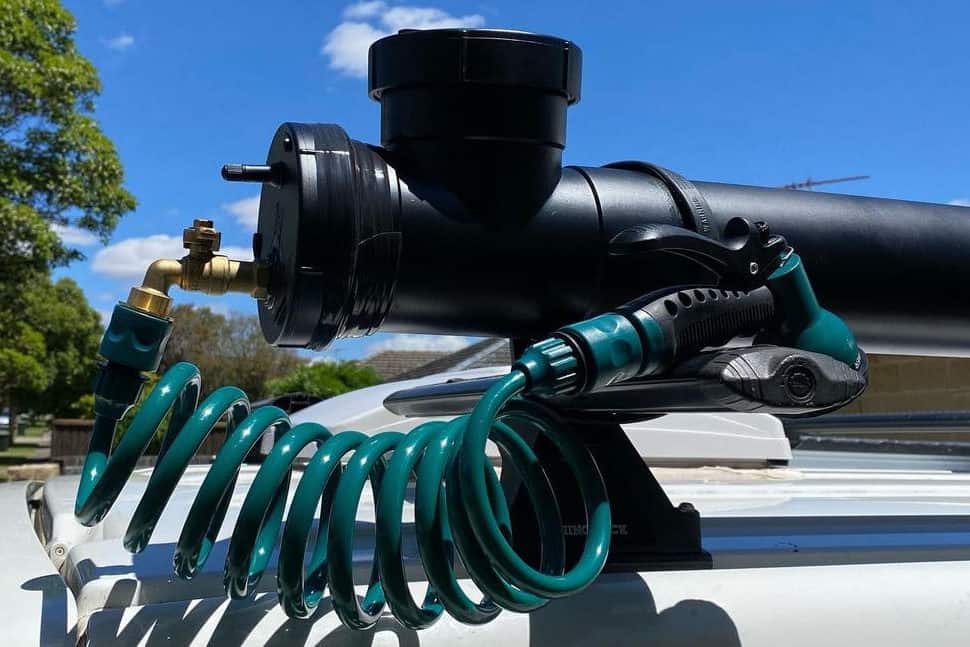 Rooftop pressured solar shower—This comes with a water tank that’s mounted on a roof rack. The tank is made from PVC or aluminum material to absorb as much heat as possible when packed out in the sun.

Pressurized container solar shower—This is pretty much the same as a gravity-fed solar shower. It features a bag that’s sealed with a pump attachment, so you can fill the bag with air to create pressure.

There’s only one major difference between the pressurized container solar shower apart and the gravity-fed solar shower. In pressured container systems, the bag is placed on the ground and hot water forced out by pressurization. 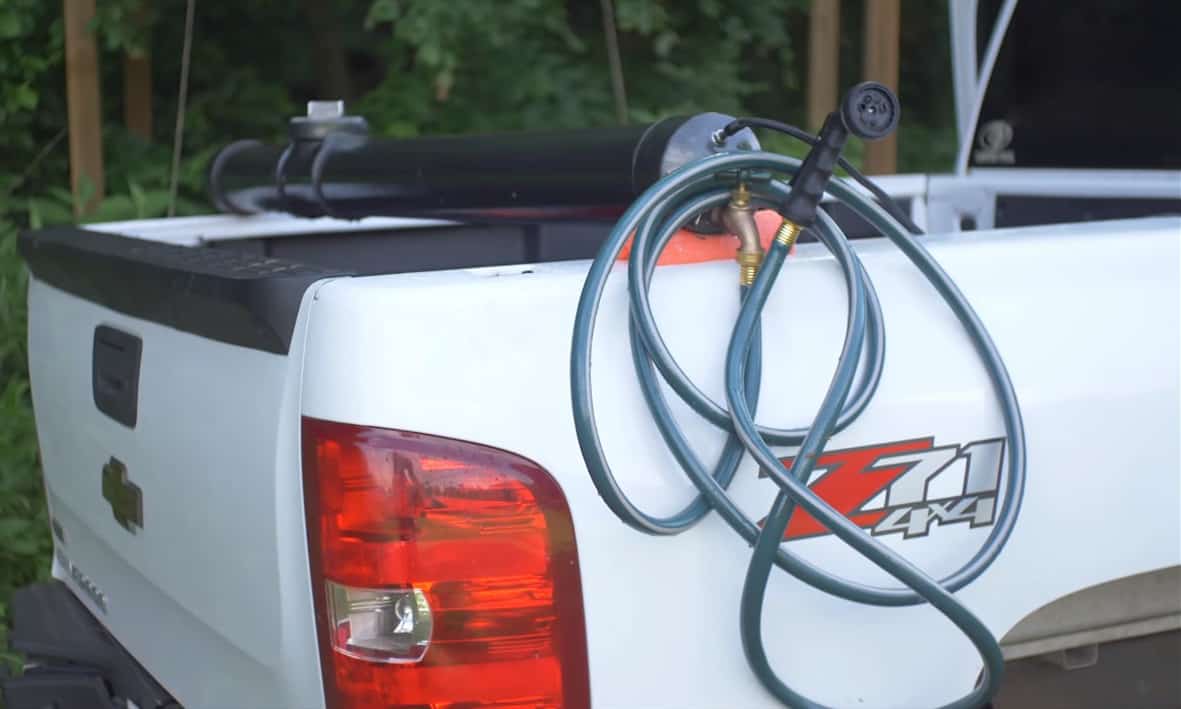 How to Use a Solar shower?

The steps to using a solar shower will vary depending upon the model you’re using. You’ll have to read the instructions manual that came with your device, so you never miss out on any crucial step.

Here’s a generic overview of the steps you might take when using a solar shower.

How Much Water Can a Solar Shower Hold? 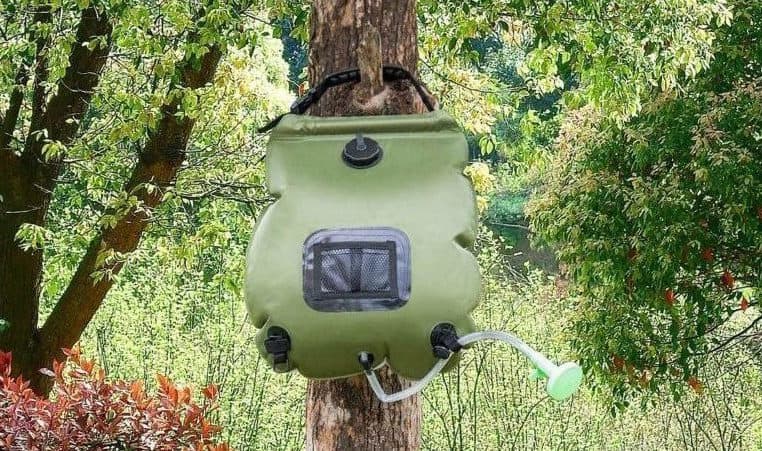 The amount of water a solar shower can hold determines how useful it can be in getting the job done. Different solar showers have different water-holding capacities.

The smallest solar shower holds 2.5 gallons, while the biggest one holds up to 10 gallons. If you’re camping or hiking alone, a 5-gallon solar shower will be enough for you. It’s very lightweight and convenient to carry when empty.

How Long Does a Solar Shower Last?

On the other hand, a pressurized solar shower with 5 gallons of water will last for about 7 minutes. That means a 10-gallon model should last more than 14 minutes if you let the water flow out continually.

Finally, a water pump shower system with 5 gallons of water will give you around 11 minutes of lasting capacity. As such, models with a 10-gallon container will provide up to 20 minutes of continuous use.

How Hot Can a Solar Shower Get?

Under normal circumstances, with full exposure to sunlight and ambient temperatures above 50˚F, the solar shower can heat the water to 113˚F. Water temperatures of 113˚F or below should be comfortable for an average adult. If the water heats beyond that temperature point, the risk of scalding increases significantly.

To avoid scalding risk, I recommend you get a solar shower system with a temperature gauge built into it. This will reduce the likelihood of heating the water to searing temperatures.

How Much Do Portable Solar Showers Cost?

A basic gravity-fed shower will set you back around $6. This basic version often contains a single-layer PVC and a hose.

For a model with all the bells and whistles, that will cost you around $40. High-end insulated gravity-fed showers come with an excellent mishmash of features for the money.

Moving on to pressured showers, a basic model will cost you about $45, with top-of-the-line 10-gallon shower kits running as high as $550. The cost of water pump showers ranges between $50 and $300 depending on the included features.

A portable solar shower is a must-have piece of gear for someone who enjoys camping or hiking in areas with primitive amenities. It’s easy to install, economical, and very kind to Mother Nature. What’s more, a solar shower can heat water up to 130˚F, but I prefer it about 105˚F. This should be hot enough for you to enjoy your shower without causing irreparable damage to your skin and hair.