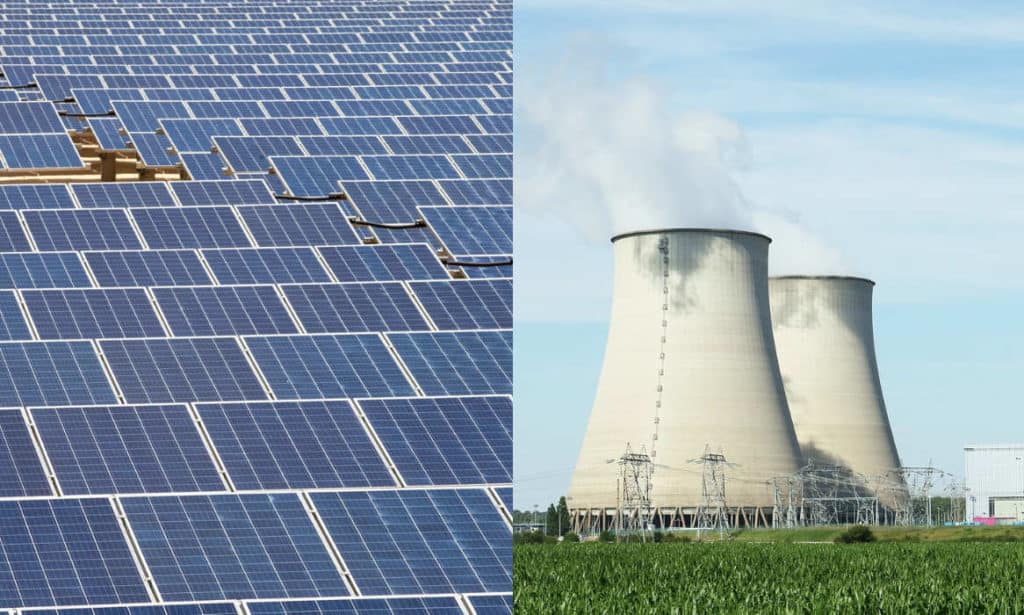 You’ve probably heard (or read) about the political to-and-fro between Democrats and Republicans on climate change. Was Trump right to withdraw from the 2015 Paris pact on averting the threatening climatic change? Was Biden right to rejoin the accord when he took office? Well, that depends on which party you’re affiliated to.

Despite the political agendas, both camps are burying the lead on the core issue, which is the rivalry between pro-nuclear folks versus those supporting renewable energies like solar and wind.

While both solar and nuclear energies are carbon-free, the two political sides argue over which of the two governments should invest in. The Gallup polls show that 46 percent of Democrats are for nuclear energy while only 35 percent of Republicans support solar energy.

Of course, these figures are politically influenced. Democrats will always go with their fellow Democrats as Republicans do the same.

Nonetheless, let’s look at this from an objective perspective – without any political or emotional attachments. The diverse points of view are based on financial impact (to the taxpayers), the effectiveness of either energy source to the environment, and long-term benefits.

Which One Is Costlier?

Reports by World Nuclear Industry Status (WNIS) show that solar generation has been inefficient in the past decade compared to energy generated by nuclear. Countries using nuclear energy as a source of lighting up their homesteads have recently embraced solar energy. 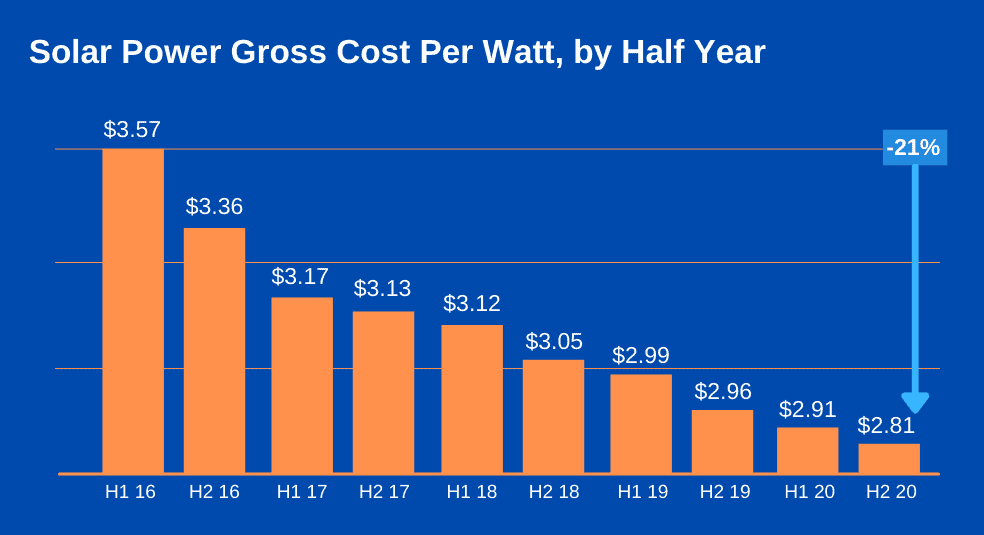 It’s not by chance countries are gradually shifting to solar and leaving nuclear energy generation unattended. Thanks to technological advancements in photovoltaic energy, solar generation has become cheaper than before.

The WNIS report notes that generating solar energy ranges from $36 to $44 per MWh (megawatts hours). This is less costly than nuclear’s generation cost, ranging from $112 to $189 per MWh.

The high costs for generating nuclear energy are attributed to the need to guarantee safety measures – we don’t want to repeat the Chernobyl accident and the Fukushima nuclear disaster. Nuclear also costs higher than solar because it requires mining Uranium and Thorium, which are prerequisites in nuclear generation. 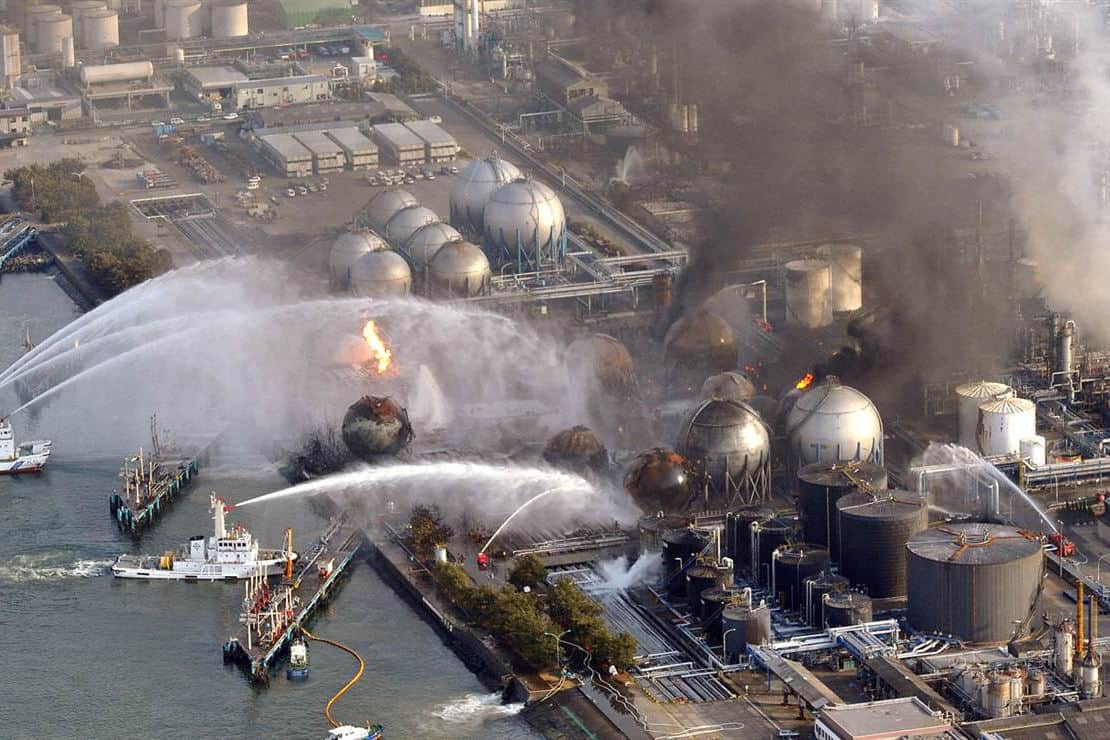 In simpler terms, solar energy has a capacity factor of a measly 24.9 percent, against Nuclear’s 92.5 percent. This is due to solar energy’s reliance on sunlight, which only comes up half the day. And that’s just during the sunny season!

Nuclear energy can guarantee continuous production of energy throughout the year. And it comes with minimal maintenance costs since it only needs refueling after 6 to 12 months.

Therefore, even though nuclear is more expensive to install and set up for electric energy use, it compensates with its capacity factors, making it a clear winner if you look at it from a long-term viewpoint.

A head-to-head comparison of two power plants (solar vs. nuclear) producing the same amount of MW shows that nuclear energy is more efficient than solar.

A study by WorldNuclear.org reiterates this by noting that a 2430 MW nuclear plant can produce 21 million MWh of power annually, which can power up 1.75 million residents. A similar solar power plant generating the same 2430 MW can produce only 6 million MWh, which serves about 500,000 residents.

Therefore, as seen from the comparisons, while solar energy is pretty inexpensive to construct and start running, nuclear energy produces more power efficiency. This, as pro-nuclear camps argue, saves residents lots of energy, especially in the long run. But does it?

Well, while pro-nuclear folks are happy to mention its effectiveness due to a high capacity factor, the argument should end there. On yearly effectiveness, nuclear energy is very much cheaper. But how long does it take to construct a nuclear reactor and have it run for use in generating electricity? 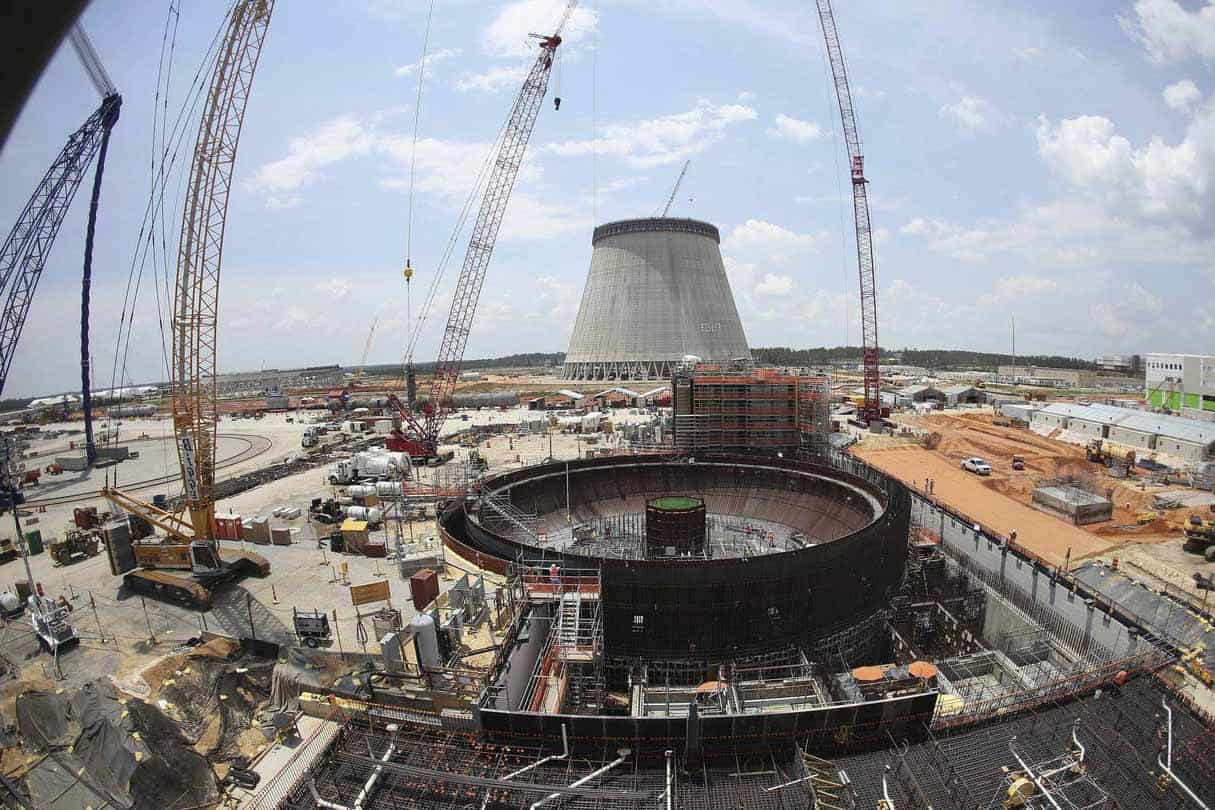 Nuclear takes an average of 10 years to complete. It took the United States 23 years to finally enable a nuclear reactor to become operational. A decade is too much time, isn’t it? Yes, it is. And it’s particularly a huge problem if you’re trying to avert the world’s deteriorating climate.

We should be responding to the climatic changes as quickly as possible. We shouldn’t be wasting time allowing continued use of carbon-emitting sources of energy.

In ten years of constructing a functional nuclear plant, solar energy will have spared the world of carbon emissions. Solar energy plants can be constructed in less than a year, mostly done simultaneously, which further saves a country of extra expenses.

Therefore, the long-term benefits of nuclear energy are incomparable to solar energy, which still produces more carbon-free energy for the world despite its low capacity factor. And at an affordable cost.

Let’s take the example above of two power plants (solar vs. nuclear), each of 2430 MW going head-to-head. While a 2430 MW nuclear plant can generate 21 million MWh of power, a similar solar power generates 6 million MWh. It means a country will have to construct four of 2430 MW solar plants to compete with one nuclear plant.

But that’s where the math benefits solar energy plants. 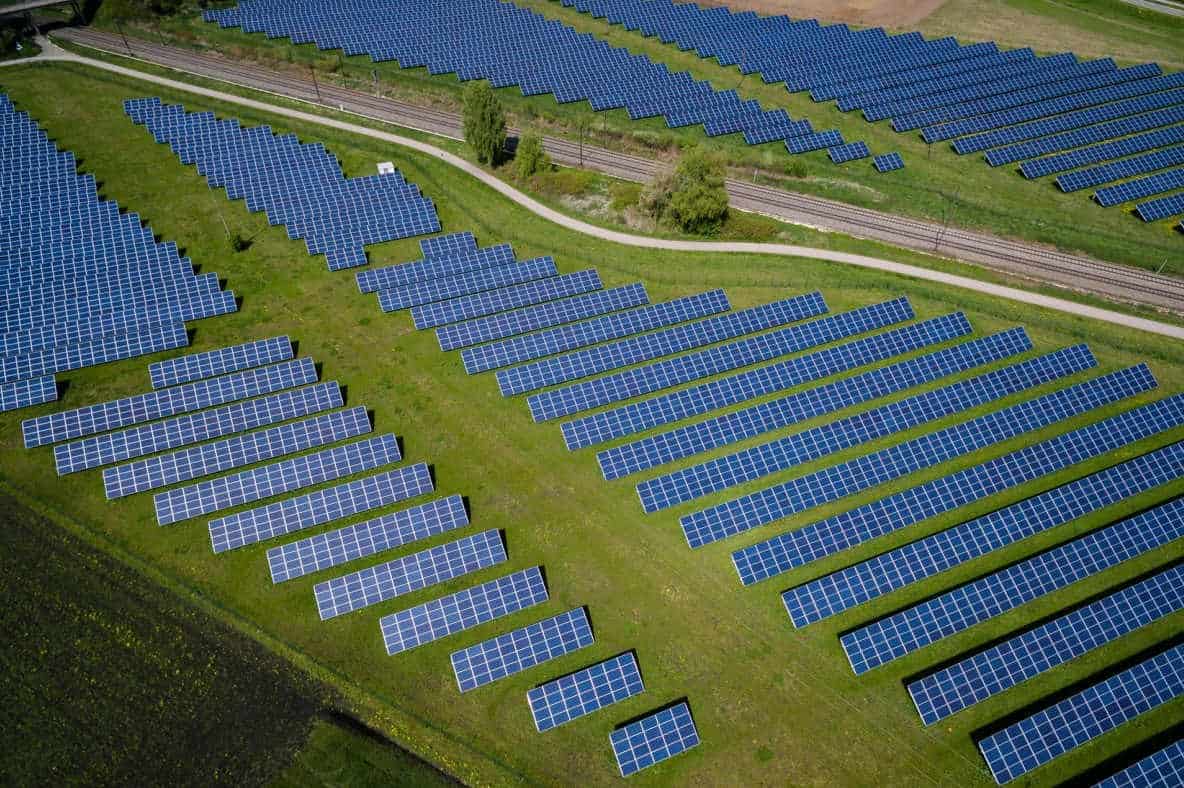 You see, by the time a 2430 MW nuclear plant is complete and functional, more than four similar 2430 MW solar energy plants will be operational. And perhaps would have already served the country.

During that period, solar energy will have minimized carbon emission, and that’s on top of the financial savings. This is how the World Nuclear Industry Status came up with its math where solar production costs an average of $36 per MWh compared to nuclear, which stands at $189 per MWh.

As an investor, it’s best to invest in a cost-effective product. This is what China and Russia’s likes are focusing on solar, which they’ve proven to be less expensive.

Of course, the countries haven’t abandoned nuclear power, which is very efficient (very high capacity factor) and cost-effective. But when compared to solar energy, nuclear loses its ground.

Solar is not only cheaper to construct, but it also becomes operational pretty fast – something the world needs right now, given the deteriorating climate due to greenhouse gas emissions.

Solar energy’s efficiency in averting climatic change is the main reason countries are constantly building solar plants. While nuclear energy usage increased by 3.4 percent in 2020, its overall contribution to global energy use remained at 10 percent. 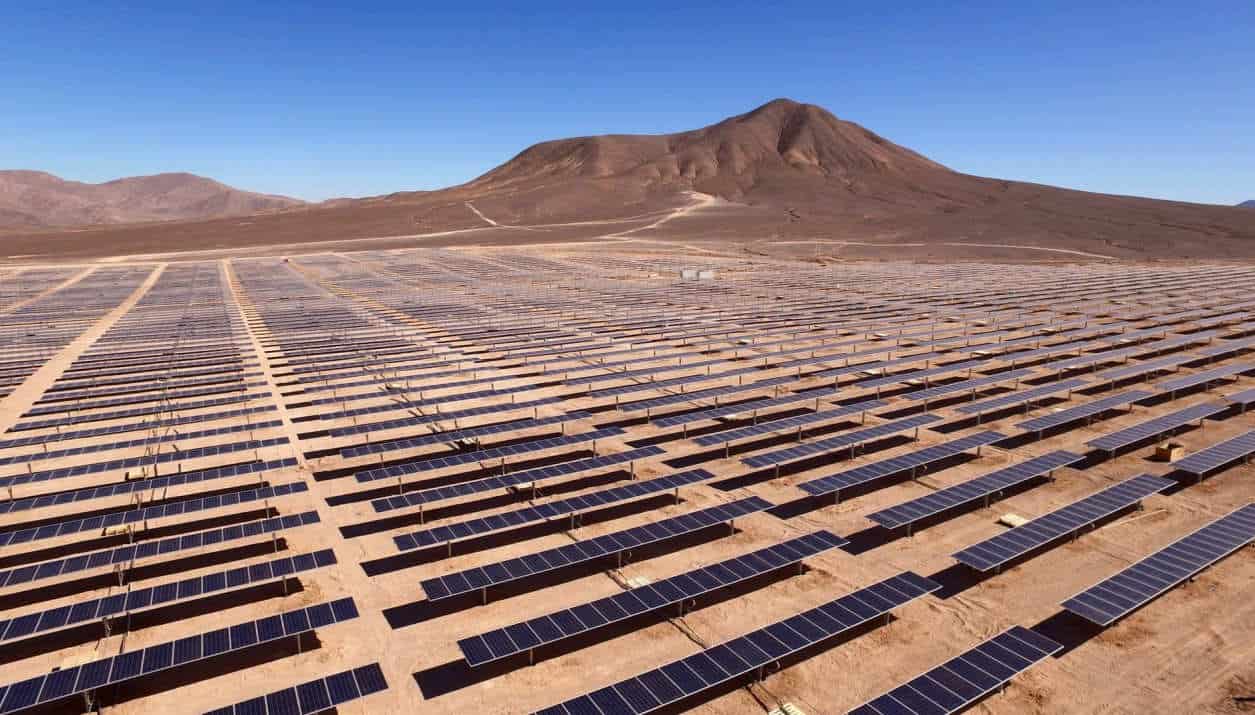 Without a doubt, nuclear energy is a great invention, and its capacity factor in producing power is indisputable. Being able to power up millions of families and manufacturing companies by using 92 percent of its possible energy production is something we all want.

However, with the many challenges associated with nuclear production, it’s become expensive compared to solar energy. If only setting up a nuclear plant to supply power would take as short as a year or two, it would unquestionably be the most preferred energy source.

Instead, nuclear energy not only takes about ten years to become operational, but it also comes with the risk of accidents (like the Chernobyl incident), thus posing danger to the locals where the nuclear plants have been constructed.

However, let’s put the safety card aside. After all, engineers have made it impossible to experience accidents; hence, nuclear energy production is safer than ever.

The most important factor in the debate between solar energy versus nuclear is mitigating climatic issues affecting the world. We should be working as fast as possible to avert the depreciating quality of the global climate. And with nuclear’s slow contribution to mitigating climatic changes, countries should invest in solar power.

Of course, we are seeing improved and advanced reactor technologies meant to shorten the 10-year periods of constructing nuclear plants. This is highly welcomed since it will help minimize the nuclear energy financial burden.

For now, solar energy is the best bet for most countries to invest in; however, without abandoning nuclear production.

3 thoughts on “Solar vs. Nuclear – Which One Should We Invest In?”