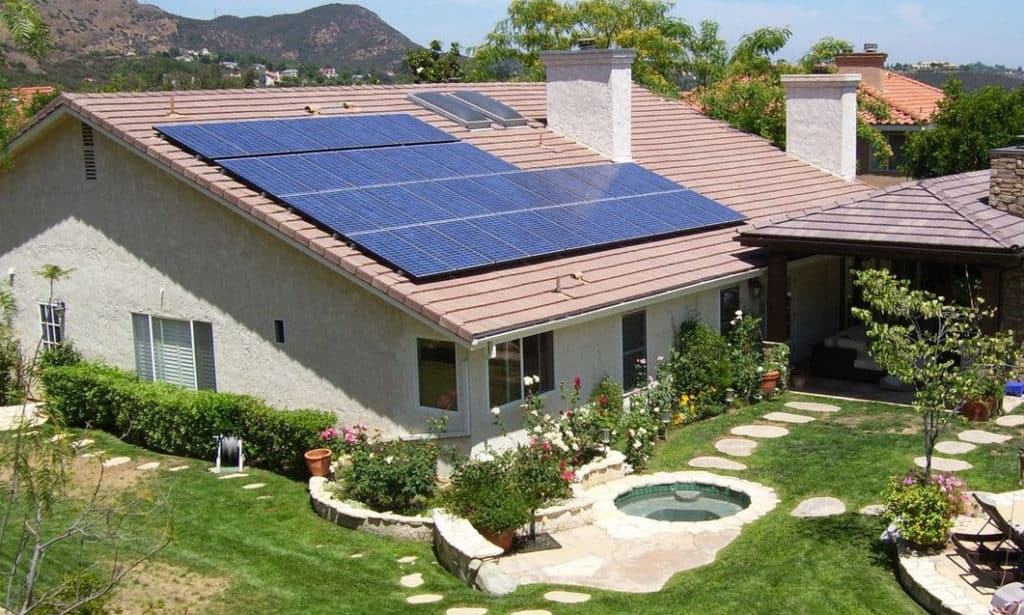 Over the years, we have learned the many advantages of solar energy. Slowly, but surely, people have been switching to this new method of acquiring and utilizing energy. Still, many are hesitant about what employing solar power entails.

At first, solar panels and the use of solar energy would look intimidating, as it does have a futuristic and sophisticated ring to it. At one time, it was only available and possible for a handful of people. However, long are those days gone. Solar power is now more possible and easier to deploy.

If you want to make the switch to solar power, here are a few things you might want to know.

This article will cover 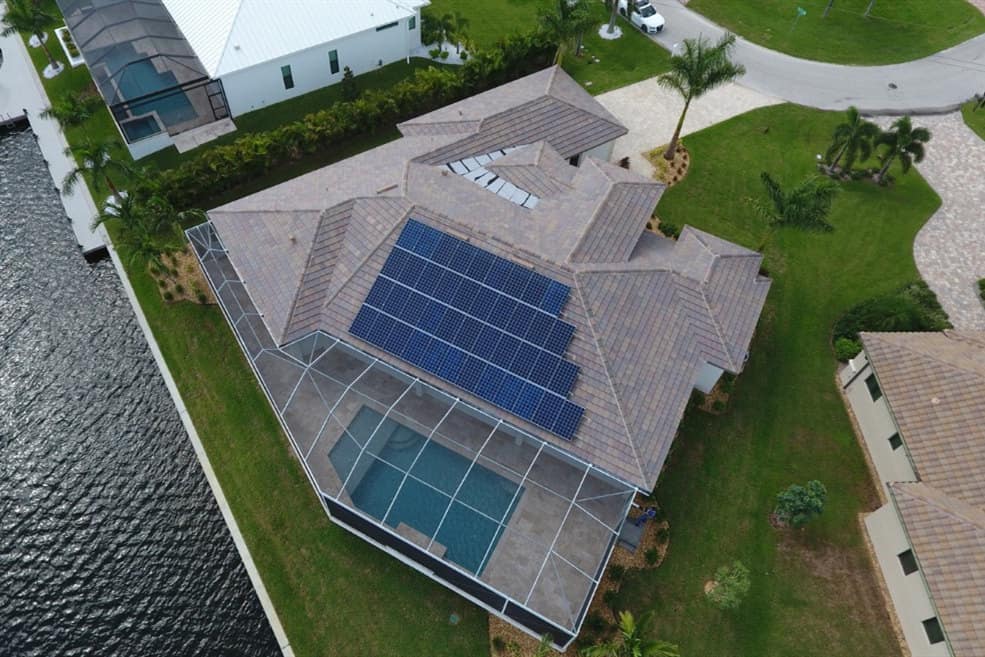 Some have quickly brushed the idea of switching or integrating solar power in their home simply because of the thought that it would be too expensive.

Let’s talk about the cost. Most of the time, you pay for the whole system that already includes the materials and the installation.

Several factors would affect the total cost. Furthermore, there are things you would want to consider before putting out your investments.

The first factor that will affect the total cost would be the system size. In Austin, every kW you add would cost you an additional of approximately $1,500 to $2,500. When considering the size, you also have to look at what the average cost per watt would be in the long run.

Of course, you would also want to consider the quality of the panels. Like with most things, there are different kinds of solar panels that you could choose from, from cheaper options to more expensive ones.

While many DIYs use solar energy, you can’t make this a DIY project. Since there would be electricity involved, there is a lot of caution in this installation. Furthermore, there are also permits and paper works to be taken into account. Having said that, some other things that would add to the total cost would be the paper works.

Not a lot of us have $13,000 at hand. In a way, this proves that solar energy is, indeed, expensive. However, that’s not all there is to it when it comes to going solar. As you will see in a bit, there are several ways to knock a few thousand off of that total.

For starters, Austin Energy is willing to give a $2,500 rebate for just completing their solar education course and installing a qualified solar system.

Depending on several factors (e.g., your income), you might also be eligible for a federal tax credit. With the Investment Tax Credit (ITC) you could get up to 26% tax credit for your solar systems. 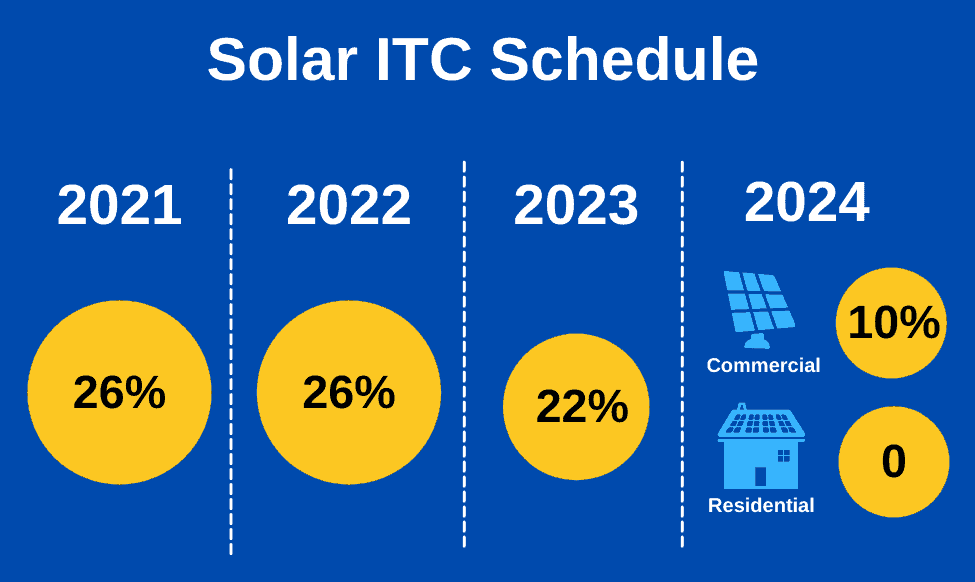 Furthermore, Austin Energy also offers the Monthly Value of Solar Credits where you could get 9.7 cents per kWh.

In the long run, you will be saving big bucks from installation to use. Overall, you could save up to thousands of dollars throughout the years!

Learn more about eligibility and some qualifying criteria for incentives in the next portion.

What to Look for When Installing Solar Panels in Austin

If you’re planning to go solar, then here are some things you need to consider. 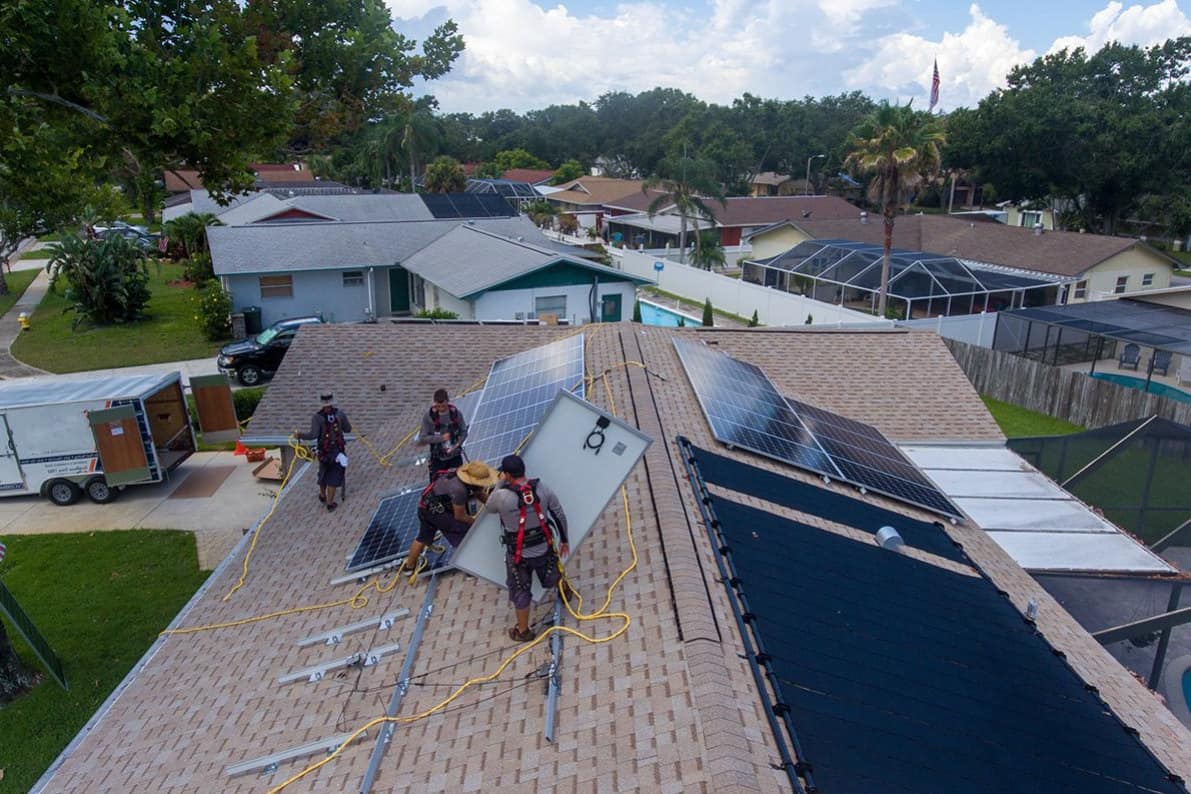 The first thing you might want to take into consideration is your roof. Does it have enough space to accommodate the solar panels? Each kW requires 100 sq. ft. If you’re trying to qualify for the incentives, you would need to at least have a little more than 300 sq. ft.

There are times during the day that the sun is most intense. Usually, this occurs from early afternoon and then gradually mildens. You want to catch these peak hours, so it should be considered in the placement of the panels.

Ideally, the panels are to be positioned at a 30-degree angle facing south. If exposure is not possible in the south, it could also be placed in the eastern or western direction. However, solar panels positioned in the north are not advisable and could disqualify you from the incentive.

If you have a flat roof, then you don’t have to worry. You can use rack systems, or your installers would be able to provide a similar solution.

Don’t forget about your surroundings! You probably can’t do anything about another house or building blocking the sun to where you’re planning to place the solar panels. However, routine trimmings might be a solution if you have trees.

Finally, if your roof has the capacity to accommodate solar panels to get enough exposure, your next concern would be roof repairs. It would be a good idea to have it checked and fixed before installing the panels. Removing them are not cheap.

Furthermore, if you’re applying for the incentives, Austin Energy might have to do some inspections. If they deem that there’s anything you need to repair or renew, you would have to finish the recommendations to qualify. 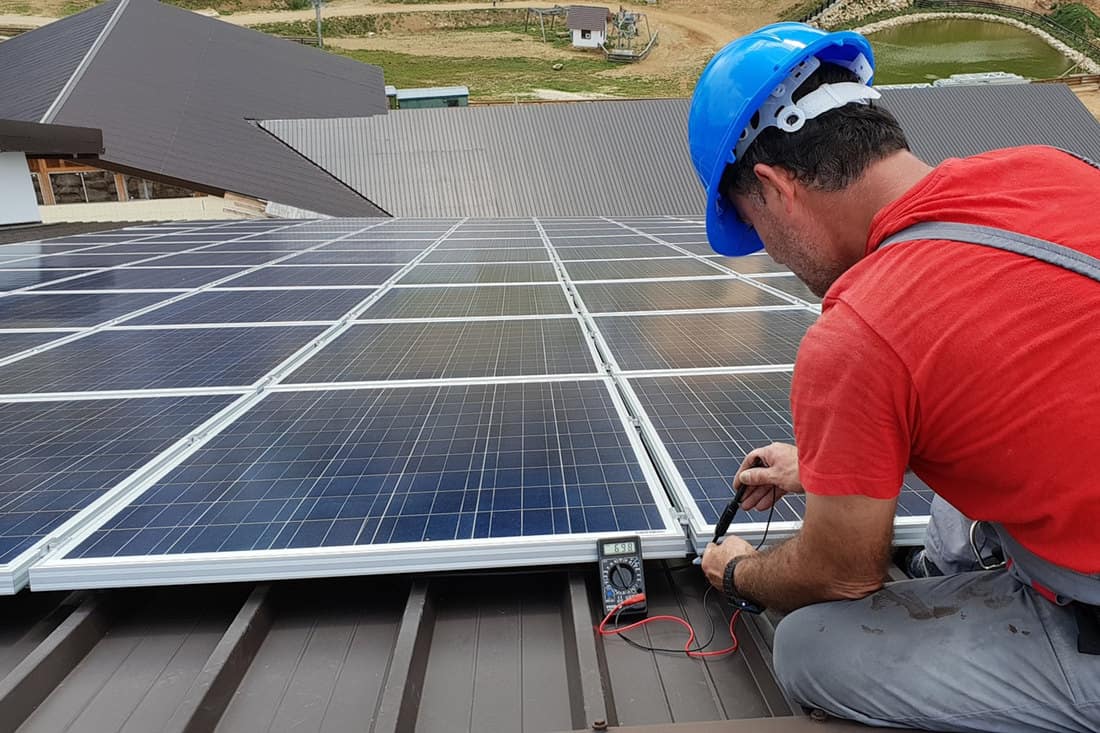 Now that we’ve set up the base. Let’s get to the real deal.

Earlier, we mentioned that the kW and the average cost per watt have an inverse relationship. However, that doesn’t mean you should go for the biggest system. Go for what would suffice your need. More is not always better. If you go for a system that’s more than what you need, then you might never get your investment back.

Solar panels are not a cheap investment. You’d want to go for the sturdy and durable ones, panels that will be able to withstand various conditions.

Again, if you’re trying to apply for the incentives, you have to pick one from Austin Energy’s trusted installation companies. This decision is crucial. They will not only handle most of the paperwork, but they would also be the ones acquiring the materials. Take your time and do in-depth research about the installers.

Furthermore, you might also want to go for installation companies that have been in the business for some time. Additionally, it would also be a good idea to check the customer service, especially if they have one in the first place! You will use those panels for decades. It would be good to know that you can call someone if you experience any trouble. 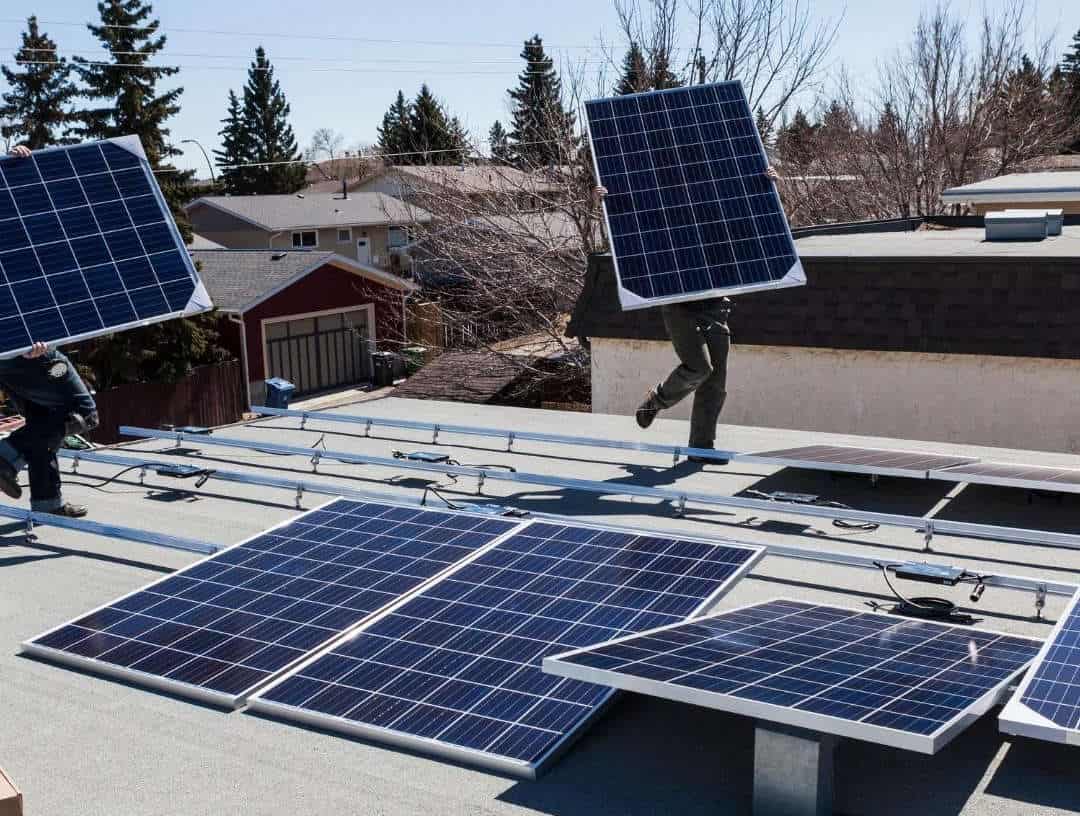 Freedom Solar has been in the business since 2007 and is undoubtedly one of the best choices out there sporting 4.8 stars at Google reviews from more than 250 customers.

On the other hand, you could also try Well Solar. They have a rating of 4.7 stars at Google reviews from over 200 customers. Recent reviews have nothing but good things to say about the Well Solar team.

With over a hundred reviews on Google review, Longhorn Solar sports 4.6 stars, putting them at our top 3. They have been in the industry for more than a decade now, having started in 2009.

If you’re a little excited to start on your solar panels, then you might want to try 512 Solar. They have a perfect rating of 5 stars from almost a hundred customers on Google reviews.

Fifth on our list is TriSMART Solar. This solar energy company sports 4.8 stars from almost a hundred customers on Google reviews. According to their customers, they’re definitely top-notch!

Solar Service is another solar energy company that sports a perfect rating of 5 stars from over fifty customers on Google reviews. Furthermore, they also operate 24/7.

Last on our list is Alba Energy. According to a total of 48 customers on Google reviews, the solar energy company deserves a rating of 4.9 stars. Furthermore, like most of the others on this list, they’re one of the participating companies of Austin Energy.

There you have it, all that you need to know about solar panels in Austin!

Solar panels and switching to solar energy do seem like an intimidating decision at first. However, going solar is a worthwhile investment in the long run. Furthermore, it will not only help financially. It will also help the environment by lessening harmful emissions.

We hope that we were able to answer your concerns regarding solar panels and that we were also able to convince you to make the switch!