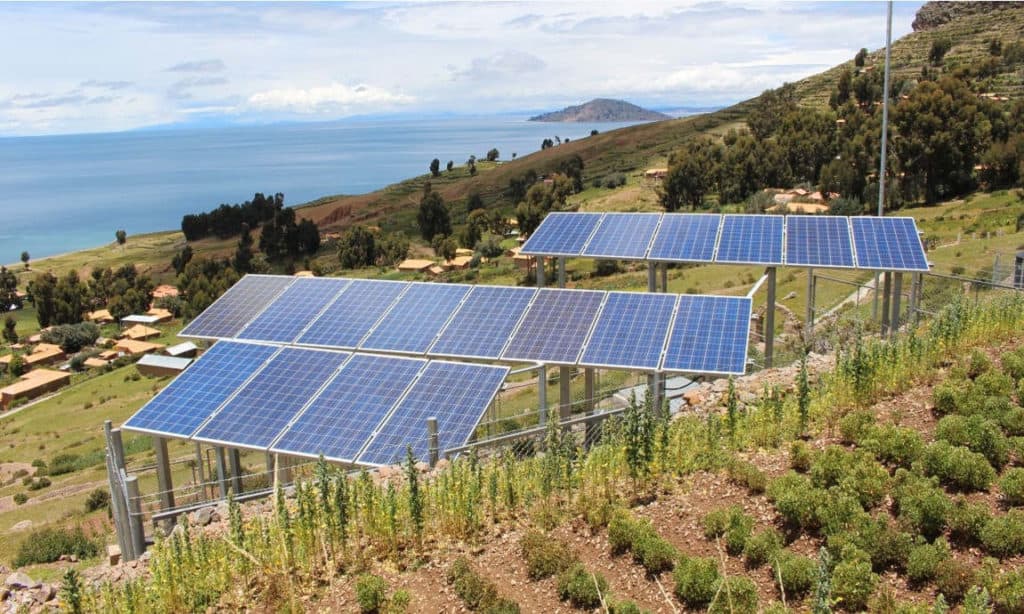 You’ve probably noticed that a lot of roofs have blue solar panels.

However, there are black panels as well.

So, why are solar panels blue? The color differences are due to the type of panel and how it reacts to light.

To better understand solar panel colors, one must consider the two main types of panels. These are monocrystalline and polycrystalline panels. But, there is also a third type known as thin-film solar panels, although not common.

In this article, we’ll explain the different solar panels and their colors. 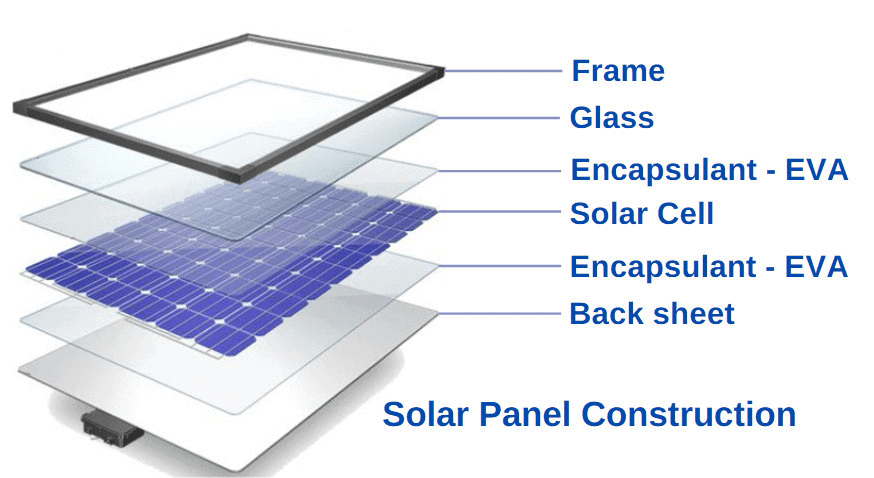 Photovoltaic cells form the basis of solar panels. The most popular material for solar panels is silicon.

Silicon is a hard and delicate crystalline mass that is abundant on Earth. Although silicon isn’t metal, it has conductive abilities.

It is this feature that helps a solar panel convert sunlight into energy.

Also, most manufacturers use silicon because it’s affordable.

So, How Does It All Work?

A PV cell is like a sandwich, with silicon on either side. These cells work by creating an electric field.

To do this, manufacturers separate opposite fields. In this case, each side of the silicon has negative and positive energy.

Polycrystalline panels, the most common ones, are blue. The blue is a result of the multiple silicons used to make them.

The panels have a coating that reduces reflection to prevent light from being lost. This quality improves their ability to absorb light and function better.

To make polycrystalline panels, manufacturers put together many silicon crystals and melt them. Once melted in a crucible, the silicon is put into a cast.

This molten silicon is then allowed to cool. A seed crystal is added to the mixture for the formation of the structure. These are then joined again to form the panel.

Although the panels are blue, polycrystalline frames are usually silver. The back sheets can either be white or silver. 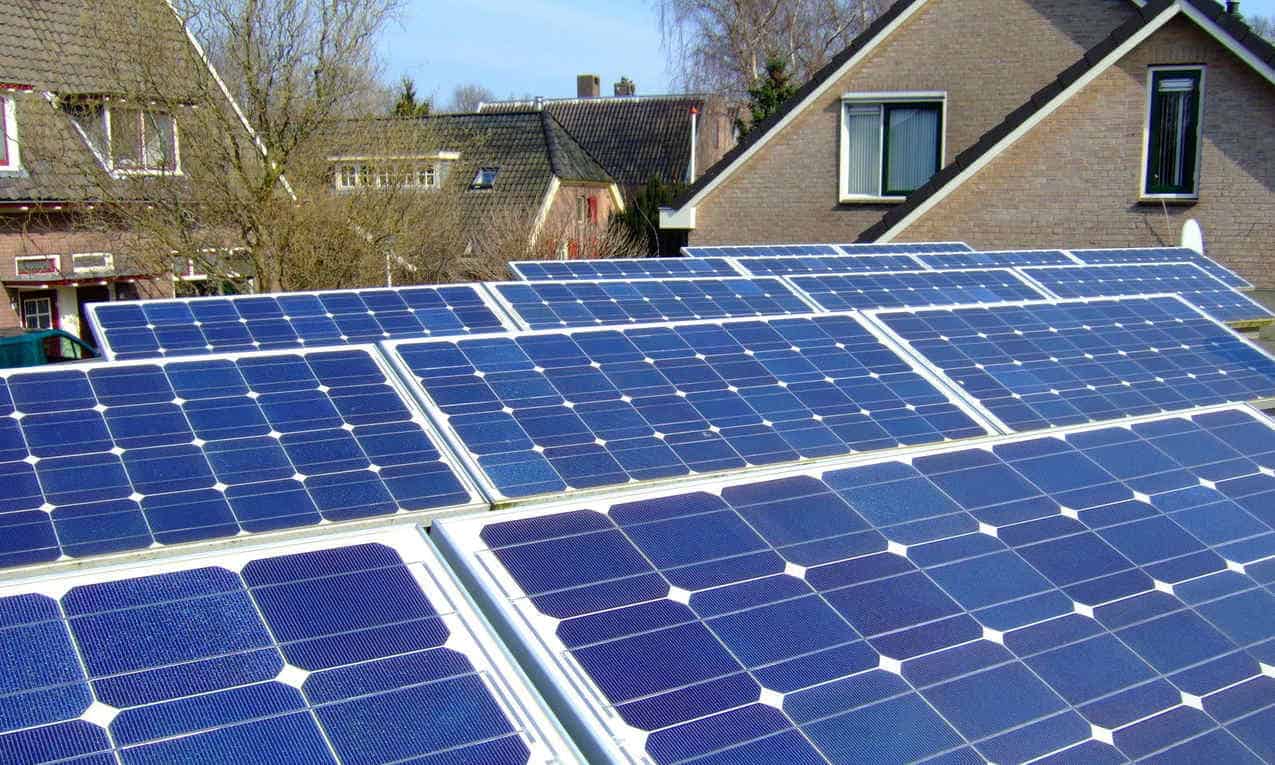 The benefits of using polycrystalline panels

The downside of polycrystalline panels 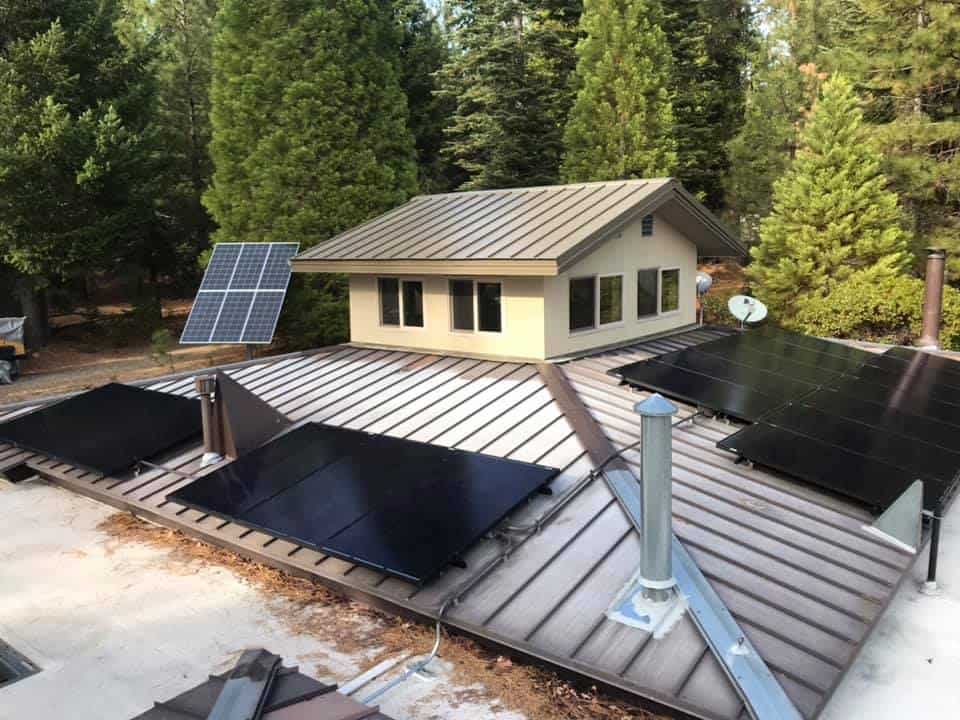 With monocrystalline panels, manufacturers use one silicon crystal to make each solar cell. They use about 40 solar cells made of pure silicon.

The manufacturing method makes use of the Czochralski process. In this technique, single crystals are taken from semiconductors like silicon.

To do this, you melt silicon, from which you lift a silicon seed. Moving it out of the dish causes the silicon to form a bigger crystal.

These larger crystals are cut into squares or wafers to make solar cells for the monocrystalline panels.

The downside of this technique is that there’s wastage of silicon.

At $6 per wattage, monocrystalline panels are the most expensive.

Their black color is a result of their interaction with light. Usually, the panels’ metal frame is silver or black. But, the back sheets color can match the cell or come in white or silver.

The benefits of using monocrystalline panels

The downside of monocrystalline panels 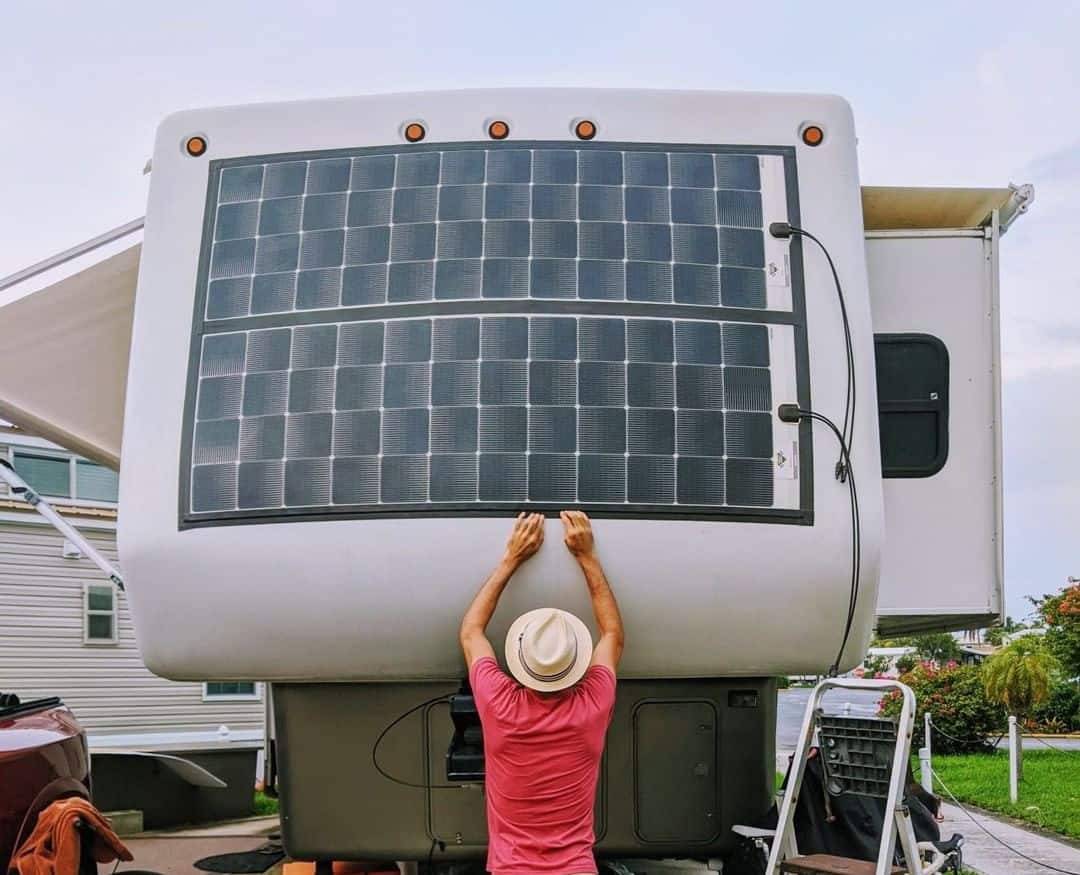 These panels are a new entry into the market and can be blue or black, depending on their material.

Unlike monocrystalline and polycrystalline panels, thin-film ones do not always have silicon.

Cadmium telluride is the most common material for thin-film solar panels. Others are amorphous silicon and Copper Indium Gallium Selenide. The silicon in the amorphous type is not crystalline.

How are they made? You place the core material between a conductor and cover it with glass for protection.

The downside of thin-film solar panels 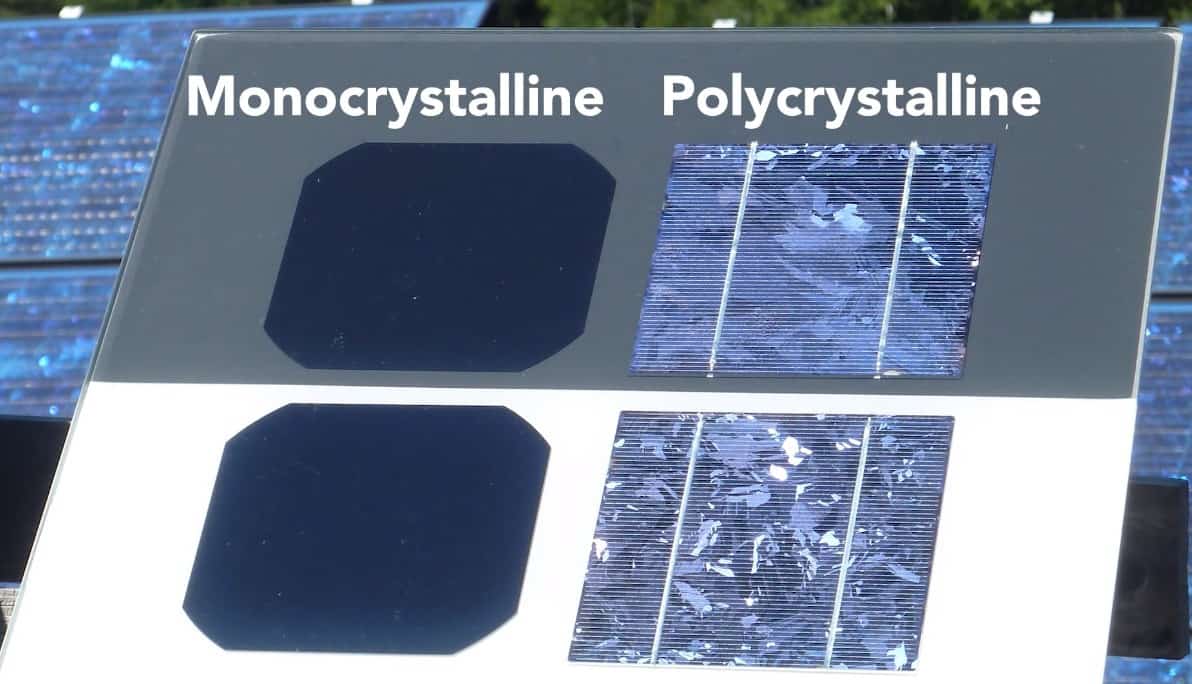 By going solar, you save money you’d have spent on electricity bills.

However, there are various reasons to choose one type of solar panel and not the other.

Because polycrystalline and monocrystalline panels have different colors, your choice may be based on this.

Some people find polycrystalline panels more appealing than monocrystalline ones due to their blue color. The preference is despite the cost differences.

On the other hand, monocrystalline panels are the best while buying your system. Why? Your returns will be higher.

Why are solar panels blue? The simple answer to that is that the hue results from how light interacts with different types of panels.

On the other hand, monocrystalline panels have black cells hence their appearance. But, their back sheets are of different colors, from black to silver.

Further, thin-film solar panels can come in different colors. They can be black or blue.

Your choice of solar panels depends on various factors from color and space available, to cost.