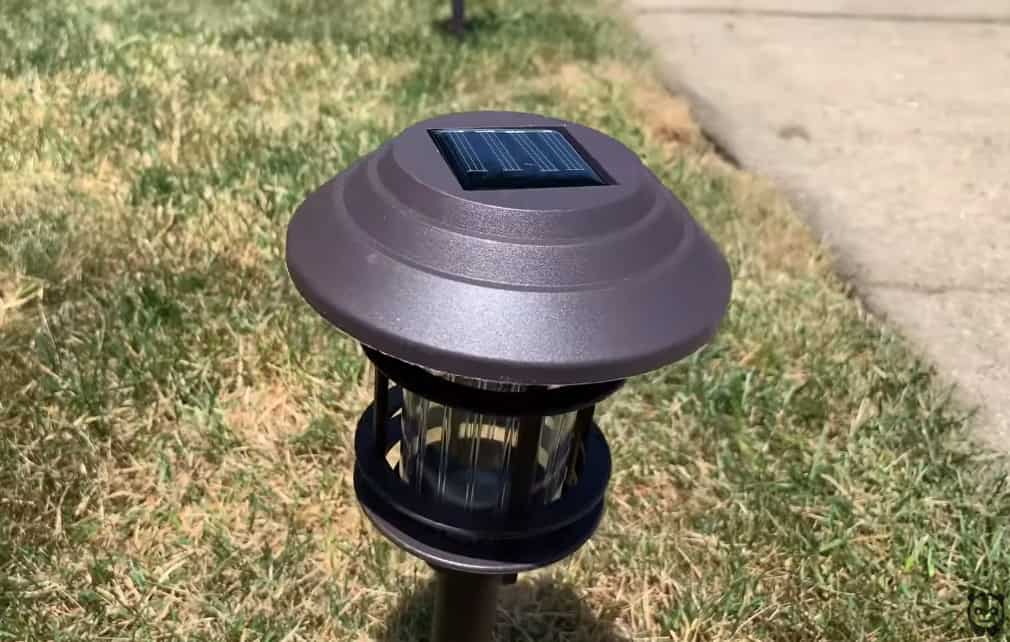 You’re probably aware that you can buy sun-powered lights for your garden. These solar lights have several advantages over traditional garden lighting, so they are now the most popular choice for outdoor lighting. But have you ever wondered just how do solar lights work?

In this article, I’ll take you through the smart technology that allows solar lights to gather energy by day and light up your gardens at night. Let’s start by looking at the two processes that solar lights use firstly to capture energy from the sun, and secondly to use this energy by automatically turning themselves on after dark and off again when the sun rises.

How to turn solar energy into electricity?

The engine room of your solar light is its photovoltaic cell which is where sunlight creates the chemical reaction that we use to produce electricity.

The magic material that allows this conversion is called a semiconductor. This is a substance that conducts electricity only under certain conditions. Silicon is the semiconductor used most commonly in solar lights, but other materials like cadmium telluride and copper indium gallium diselenide can also be used. 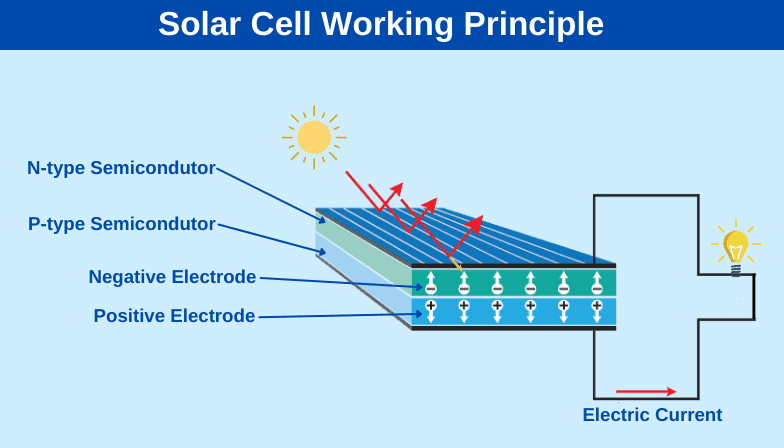 A silicon solar cell involves two thin discs of silicon that are sandwiched together. These discs are doped by giving them contrasting positive and negative electrical charges. When photons from the sun encounter this silicon, they knock free charge-bearing particles called electrons. This release of electrons creates a flow of electricity that is then collected and stored in a battery. Hey presto, power!

How does a solar light turn itself on at night and off during the day?

Above we’ve seen how semiconductors are used to create a chemical reaction that generates electricity from sunlight, and now we use them again in a crucial part of the solar light.

The photoresistor is the part of a solar light that tells it when to turn on and off.

During the day, the photocell is exposed to daylight and this prevents electricity from flowing through it to the LED light. But when the sun goes down the semiconducting material begins to allow electricity to flow, turning the light on, as if by magic!

The technical name for a photocell is a light-to-electrical transducer. A transducer is a material that converts energy from one type to another. The key component of the photocell in a solar light is typically cadmium sulfoselenide. This material is a photoconductive resistor. In other words, it’s a substance that is sensitive to sunlight and can be used as a switch that allows electricity to flow only when the sun goes down.

Now that we’ve examined these two fundamental processes, let’s look at the individual elements that go into a solar light and explain how everything fits together.

The Component Parts Of A Solar Light 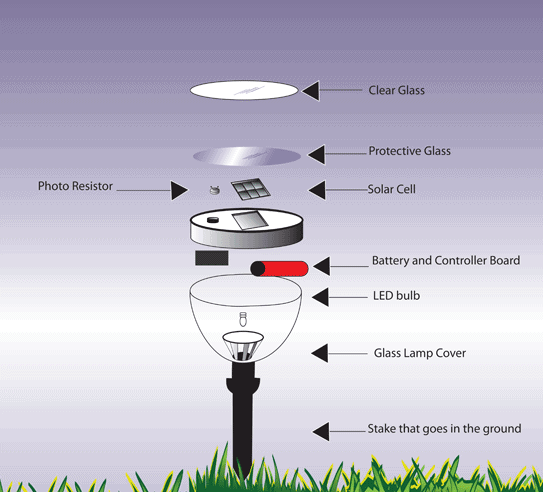 the diagram above shows the individual parts that comprise a typical solar light. Let’s consider them one by one and describe how they all work together to gather power by day to light our yards and gardens at night.

Clearly the more sunlight that gets into a solar cell, the more power it can produce. So the cover of a solar light needs to be as transparent as possible. It turns out that glass is the best candidate for the job. The outer layer of solar lights is a thin pane of super-clear glass.

Since the outer glass layer of solar lights is fragile, many lights have a second protective glass layer underneath. Usually, this layer is made of tempered glass, which is up to four times stronger than regular glass. Glass is tempered by a manufacturing process of heating and cooling that strengthens the chemical bonds, making it stronger and less jagged when broken. 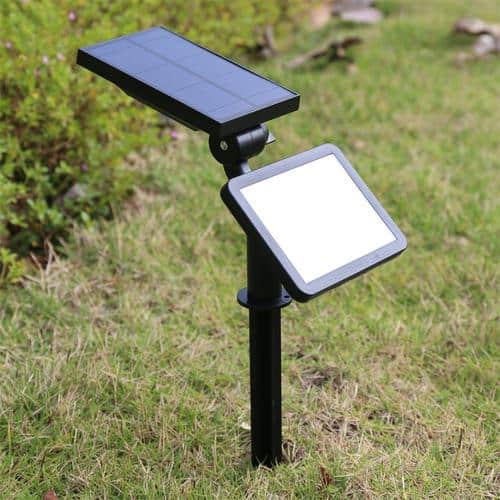 The photoresistor is our light’s on-off switch. This semiconducting technology needs to be positioned with direct exposure to sunlight so that it can use this to tell our lamp went to power on and off. For this reason, the photoresistor is typically placed just below the glass casing of a garden light next to the solar cell.

We’ve already seen the vital role of the solar cell in generating electricity. The solar cell in a garden light is connected to the battery, which stores the energy it produces for use at night.

The cables that connect the individual parts of a solar cell are easy to forget but play a vital role in transferring electricity through the light. Copper is the most efficient material for conducting electricity, although sometimes cheaper aluminum cabling is used.

Of course, these cables have a protective outer layer made out of PE (polyethylene chloride), specially designed to withstand the rigors of outdoor use.

Solar lights store the energy that they generate in a rechargeable battery. This battery is housed in a protective case, typically made from metal or plastic.

Materials commonly used for solar light batteries are lithium-ion, lead-acid and nickel-metal hydride. Whatever they’re made out of, batteries work in basically the same way. They store energy as they charge by converting the inward flow of electrons into chemical potential energy.

Then at night, the battery discharges and releases this potential energy as a flow of electrons that runs through a circuit and powers the LED light.

A garden light’s controller board brings together the circuitry that controls the light. Here you’ll find the charge controller. Depending on the type of light, the controller board will also contain technology that monitors temperature and safeguards the smooth operation of the light. 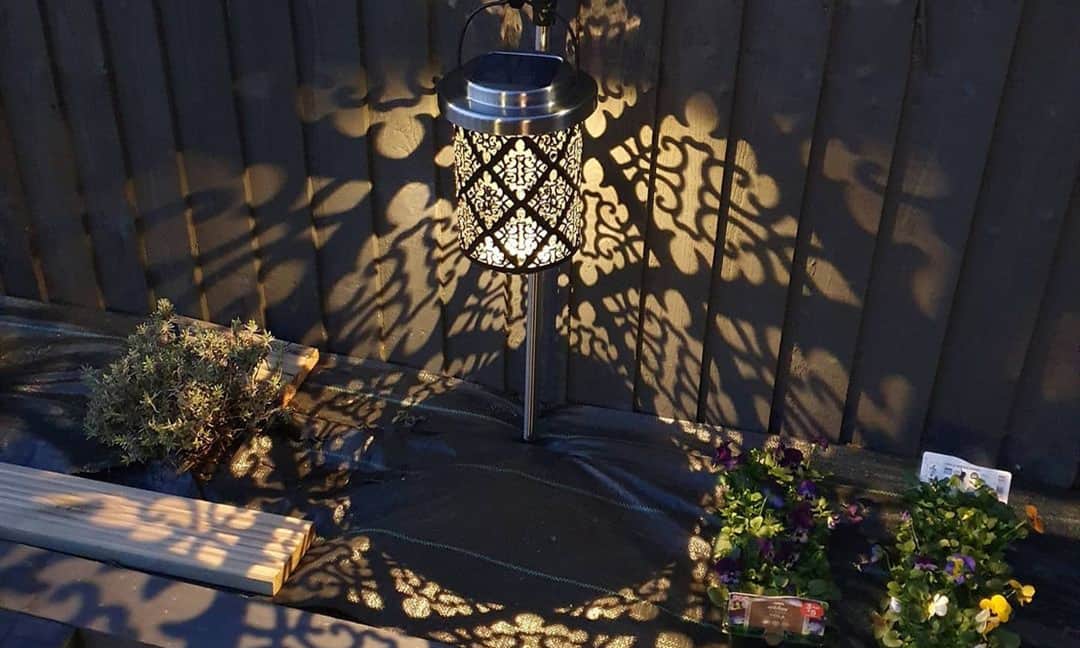 The charge controller is a device that protects the solar light’s battery. It makes sure the battery doesn’t overfill or drain too fast, ensuring efficient operation.

The bulb is, of course, how a solar light makes light. These days all solar light bulbs are made from light-emitting diodes or LEDs. LEDs have a strong advantage over traditional filament light bulbs because they are incredibly long-lasting and use only 10% of the energy.

Solar light doesn’t just need a clear panel to let sunlight in; it also needs to provide a way for the light from the LED bulb to be seen at night. There is some flexibility here since some solar lights have clear glass for a brighter lighting effect and others use an opaque casing for softer illumination. Often the lamp cover is made of glass, but other transparent or semitransparent materials like plastic are also common. 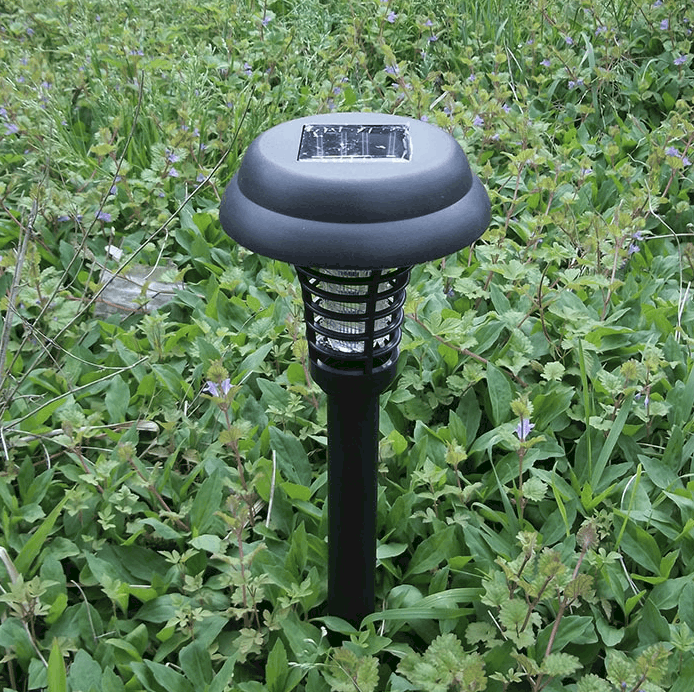 Last but not least, our solar light needs something to keep it in place. Garden solar lights usually have a stake attached which can be used to fix them into the soil, sand, and the like. But solar lights take many shapes and forms, and some have brackets attached allowing them to be fixed onto fences and walls.

Why solar garden lights are better than mains-powered lights

Now that we’ve taken you through how solar lights work let’s quickly summarise why they are so much better than traditional garden lights. 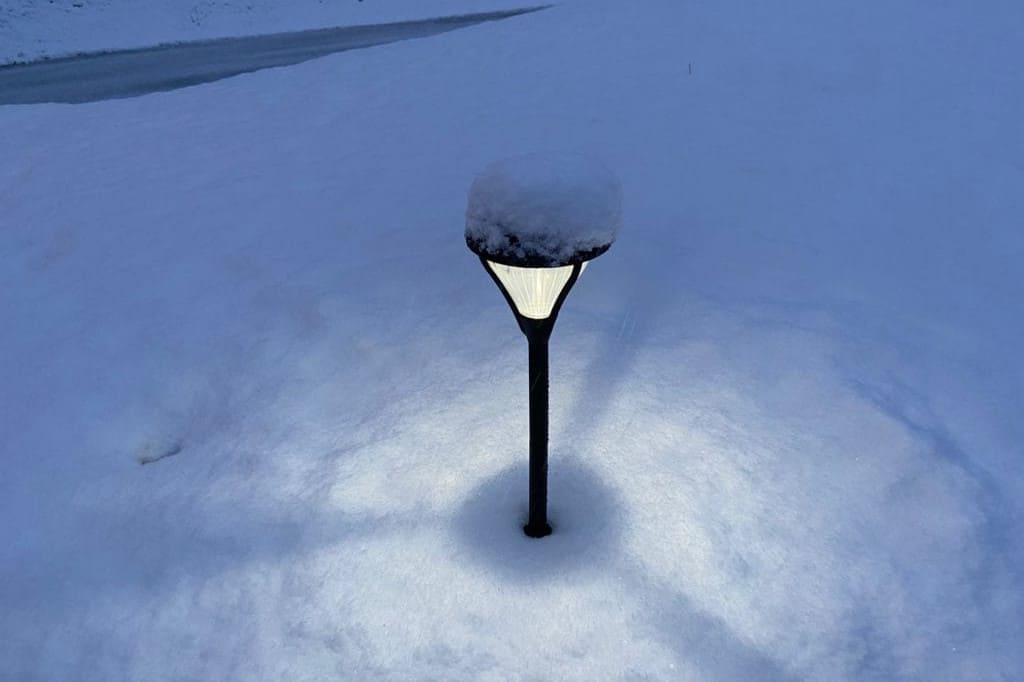 It’s all too easy to forget where you’ve buried or concealed the cabling for your garden lights. Traditional mains-connected garden lights are therefore dangerous when you’re gardening and easy to damage by severing the cable.

Solar lights are much more convenient simply because they are enclosed units with no outer wires. This means that they are safer, less prone to damage, and longer-lasting.

No manual turning on and off

if you’ve ever had mains-connected garden lights, you will know how hard it is to remember to turn them on and off every evening and morning. If you forget to turn them on, that poses a security risk, and if you forget and leave them on, you’re burning electricity during the daytime.

The light sensors in solar lights do all the work for you, and you never have to worry about turning them on and off. Super convenient!

Since solar lights are an enclosed unit, it’s much harder for water, dust, and other materials to get into them and cause damage. For this reason, solar lights are far less prone to damage from the elements than mains-connected lights. Also, the LED bulb in a solar light is exceptionally long-lasting and will give you thousands of hours of illumination before it needs to be changed.

Lastly, but perhaps most importantly, solar lights save you money. By capturing free energy from sunlight, a solar garden light doesn’t take any power from your domestic electricity supply. A self-sufficient solar light costs you precisely nothing after the initial cost of purchase.

So if you don’t have solar lights already, then I hope I’ve convinced you to invest in this super-convenient, money and environment-saving technology. If you have any questions or comments on how do solar lights work, then please share them with us.